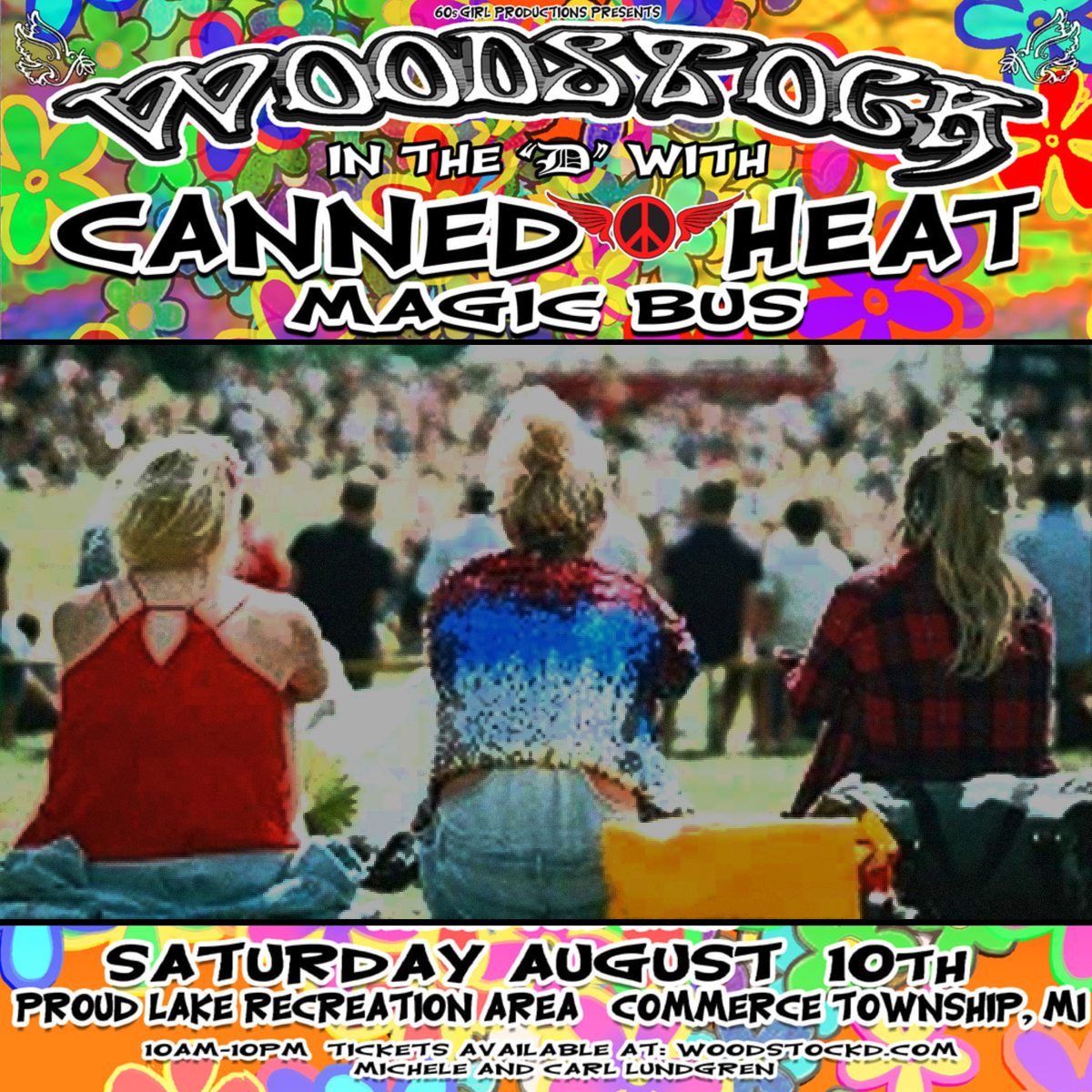 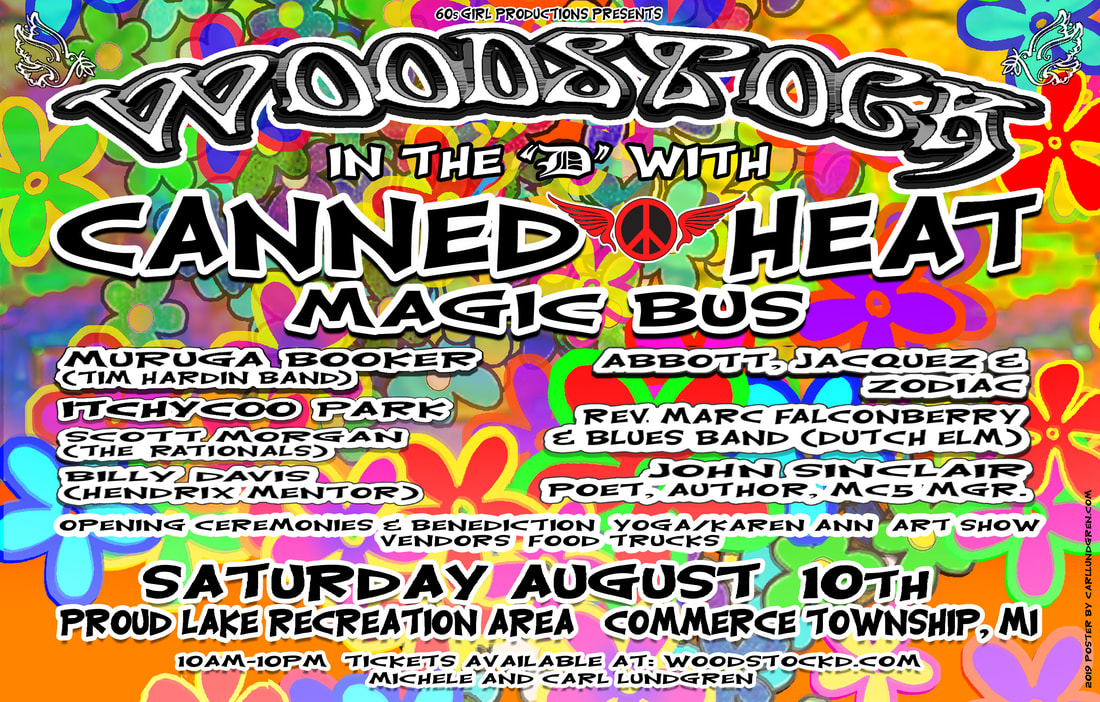 The lineup includes Woodstock era musical headliners from San Francisco Canned Heat plus other original musicians who played at Woodstock including Steven “Muruga” Booker, drummer from the Tim Hardin Band and Billy Davis who accompanied Jimi Hendrix to Woodstock and showed Jimi some new licks on his guitar, Woodstock era tribute band Magic Bus, and local Detroit rock and blues legends that played at The Detroit Rock’n’Roll Revival in 1969.

Beer, wine and alcohol can’t be brought in, but will be available for sale. We called the Proud Lake Recreation Area, & they are reporting they are fill, but they do have fresh water access, kayak rentals, hiking trails at a location that’s a short drive from Metro Detroit that easily accommodates 1,000 people under a canopy of magnificent pine trees!

The event is finished. 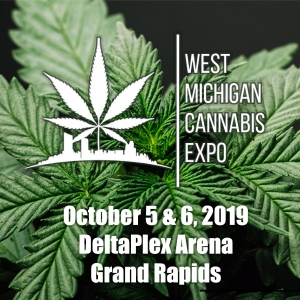 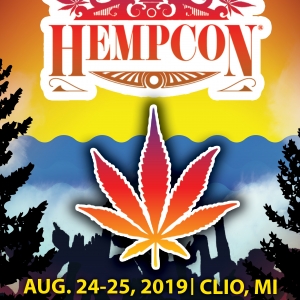