A Bridge to Another World: Mackinac Island’s Arch Rock

This tale of Arch Rock is adapted from Dirk Gringhus’s wonderful book, The Lore of the Great Turtle. Head over to Mackinac State Historic Parks for more Mackinac area history!

This strange rock formation was looked upon with awe by the Indians as a bridge to another world after death where departed souls could find their last resting place in the island caves. There are many stories, or legends, to how Arch Rock was formed. This one tells about a mortal woman and her love for a sky spirit.

Along the beaches on the shores of Lake Huron lived a band of Ojibwa. Their lodges, or homes, were round topped and made of saplings and elm bark. The homes lay peacefully beneath forest boughs.

In the finest lodge, with its door blanket made of moose hide, lived the chief of the band and his beautiful daughter called She-who-walks-likethe-mist.

When She-who-walks-like-themist carried water from the lake in her clay vessel or worked the bright designs of dyed moose hair and porcupine quills into soft moccasins, the young braves watched with admiring eyes.

But Mist Woman paid little attention. Her work days were long without a mother to help her. She never complained. Her father was proud of this. Some day, he knew, she would marry a fine brave from another clan and have many children.

At first, when the young men began coming to their lodge bringing gifts, Mist Woman smiled and offered them wild rice she had gathered in the canoe.

Then, one day, all was changed. Suddenly the young men would find Mist Woman sitting with downcast eyes instead of welcoming smiles. As her father saw her growing more and more sad, paddling her canoe alone at night, he became angry.

“Why, my daughter, do you who once smiled on the strong young men who brought you gifts, now treat them with a cold heart? Are you under an evil spell?”, he asked. Mist Woman only shook her head.

“A daughter cannot always live in the house of her father. You must choose a husband soon or you will become old and wrinkled like Mez-he -say, the turkey,” he said.

Slowly the girl lifted her head. She saw anger in her father’s eyes. At last she spoke.

“It is true, my father, that I am under a spell. But not the spell placed by an evil spirit,” she spoke. “What then?” her father asked fiercely.

“Let me speak that you may know my heart,” she said. “Often when I go to gather the wild rice it is late. The star of the path of the dead is in the sky when I return.

“Two moons ago, as I paddled to the eastern shore of our village, a handsome brave appeared to me. His clothing was one of the whitest deerskin I have ever seen and covered with designs my fingers could have never made.

“But even more wonderful was his robe of shining light. I tried to paddle quickly homeward, as a daughter should, but my hands were helpless and my canoe drifted into the lake.

“It was then that he spoke to me. ‘Oh, lovely one,’ he said. ‘Long have I watched you in the village wishing that you might be mine for all time. In my home, high above you, I am the son of a chief, Evening Star, and therefore, a Sky Person. And so, I felt I could not speak to you of my love.’

“’Then, as I watched the young men coming to your ledge bearing gifts, my heart felt heavy and I became one without hope. It was then that my father came to my couch of bird feathers and I told him of your beauty. He understood and gave me leave to descend to earth that I might ask you to join me in my sky home.’”

“And what did you answer, my daughter?” her father asked.

“I said I would marry no one, but him,” she answered.

“Daughter! No! It is forbidden! You should marry no one at all then!” he shouted.

Holding her by the arms, he took her out of the lodge toward the lake shore. He placed her in the bow of his canoe. With mighty strokes he drove the canoe straight to the Island of the Turtle Spirits.

There, he took her to the top of the great rock, which towered above the beach. “Now,” said he, “you shall not see your love again. Here you shall stay until you decide to be a faithful daughter once more.” And he left.

Mist Woman made no answer. She did not cry out when the sun grew hot or the rain fell. Only her tears flowed down the rock to show her longing for the man.

Little by little, the tears began to melt the stone until at last an arch appeared beneath her and she was left on a high bridge of rock. That night, through the arch, appeared the rays of an evening star and down these rays walked the one she loved.

Gathering her into his arms, he carried her up the stars into the land of the Sky People. But the arch rock was formed and stayed to remind people of this story. 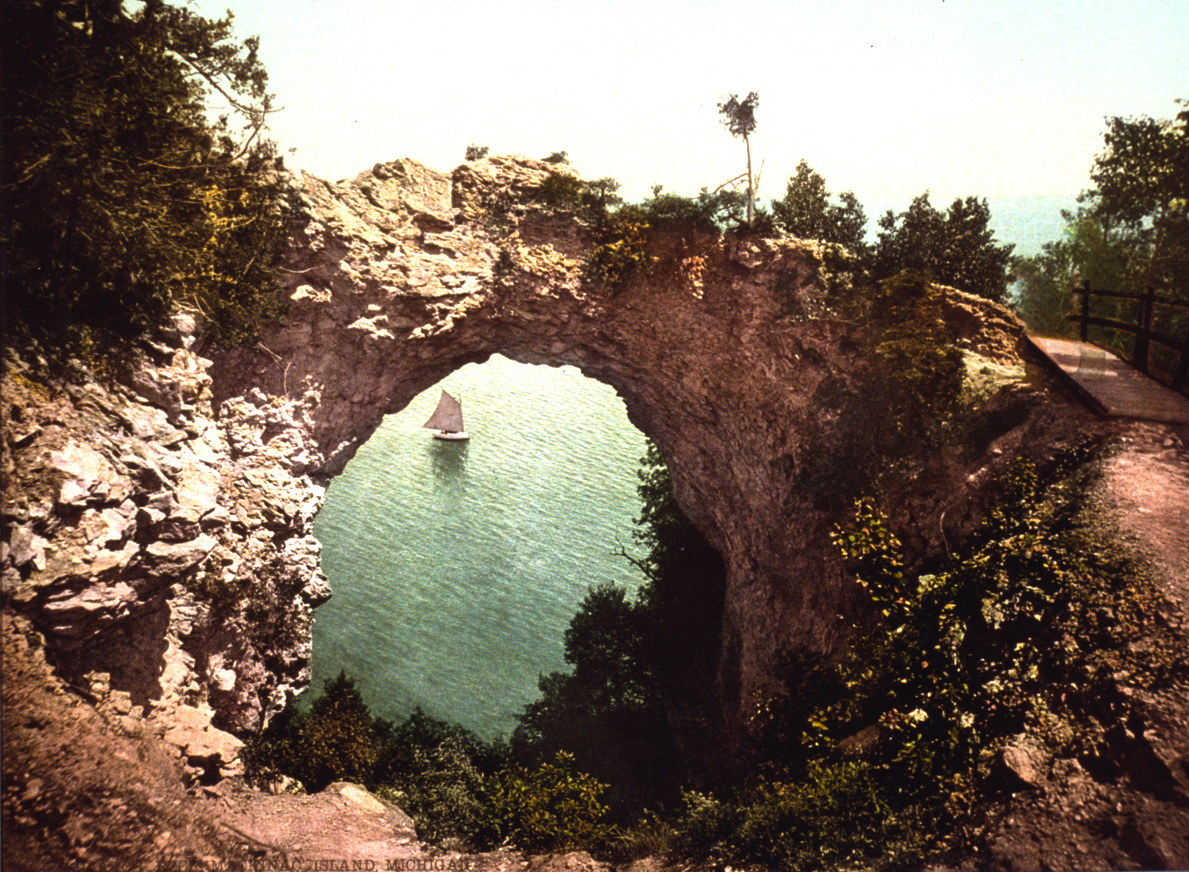 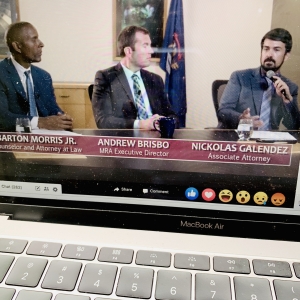 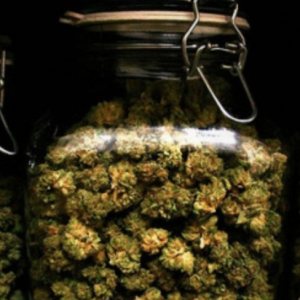