at the corner of Detroit and Saginaw

Vehicle City Arch was erected in 1905 as part of the City’s 50th anniversary.

Many of the images (such as the one above) are part of collections. The Crooks collection includes lots more photos of Flint at the turn of the century like Buick: Made in Flint, The circus comes to town and a shot of the arches lit up at night. The Crooks collection reaches into the 1920s, and you have to check out Bootleg Raid in Flint.

If you want more on these Flint originals, Arches Restoration to Celebrate our Heritage explains:

The Flint arches were erected in 1899 to replace gas lanterns used to illuminate the business district at night. Built by Genesee Iron Works, five arches were placed at intersections along Saginaw Street. Each arch was built with 50 light bulbs to illuminate the City’s main street at night. Half were turned off at midnight. The arches supported decorations for every parade of importance held in the city and colorful lights replaced golden incandescence at holiday times. None of the original arches had the famous Flint Vehicle City crown at its apex.

When Flint celebrated its 50th anniversary in 1905 two additional arches were erected with the famous Flint Vehicle City graphic at the crown. These arches were placed at the south end of the city at the intersection of Fifth and Saginaw Streets and at the north end of the business district at the confluence of Saginaw and Detroit Streets (now M.L. King Boulevard).

Though many believe the arches celebrated Flint’s heritage as a center for automobile manufacturing, the original arches were a salute to Flint as the world’s largest volume manufacturer of horse drawn carriages.

They were successful in their campaign to restore the arches on Saginaw and you can see a photo by day and by night! 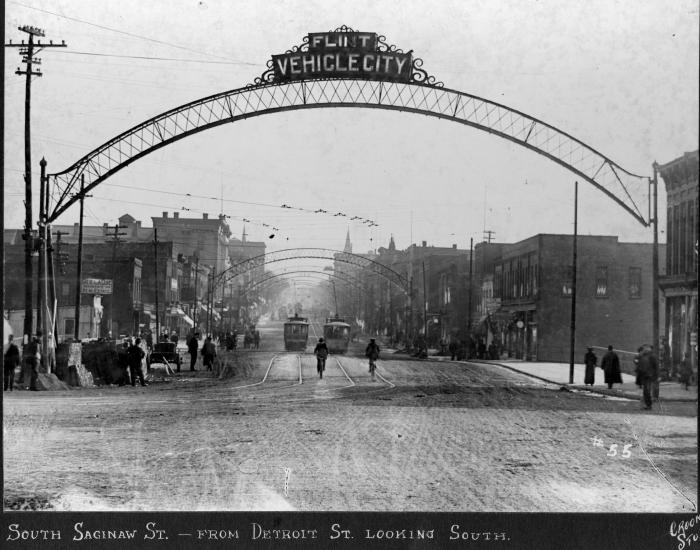 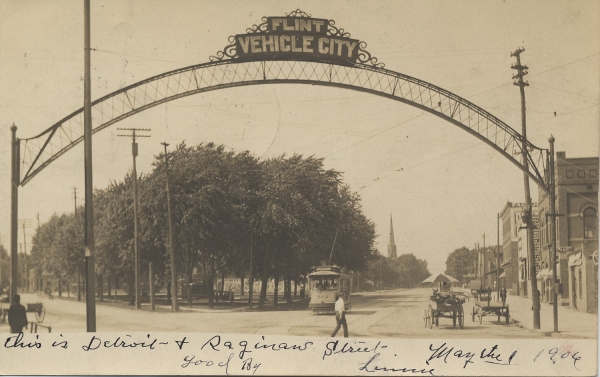 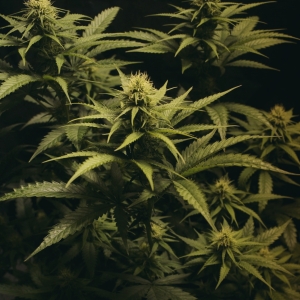 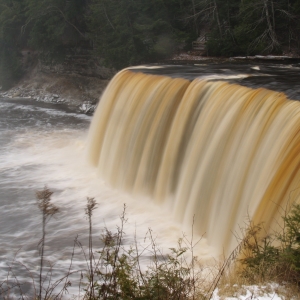