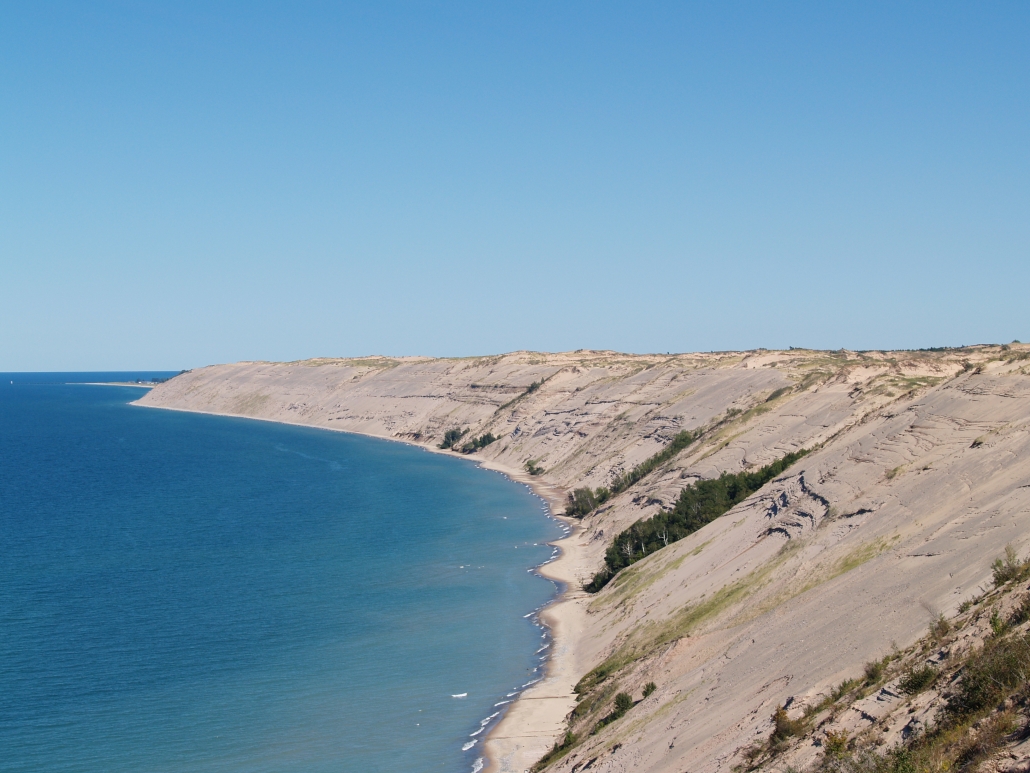 The sweeping arc of Grand Sable Dunes along the shore of Lake Superior in the Pictured Rocks National Lakeshore is one of the most amazing vistas in Michigan. It’s a great hike, either from the drive-up overlook (where you can view or visit the Au Sable Light Station) or by walking along the base on the Superior shore just a mile west from Grand Marais. The Lakeshore says (in part):

The Grand Sable Dunes west of Grand Marais are one of the major features of the national lakeshore and among the best examples of perched dune systems in the world. Perched dunes are those that form on top of an existing coastal bluff. Michigan has two outstanding examples of these dune systems: here at Pictured Rocks and also at Sleeping Bear Dunes National Lakeshore.

Rising more than 300 feet above the lake, the Grand Sable Dunes are the highest formation in the park. They comprise five square miles and contain uncommon plant species and communities, including the richest orchid flora in the Great Lakes and the federally endangered Pitcher’s thistle. The dunes support other rare species, including Lake Huron tansy and moonwort ferns. Scattered grasses and many kinds of desert-loving plants grow throughout, while patches of jack pine forest can be found in sheltered dune valleys.

When the last glacial age ended about 10,000 years ago, piles of stone rubble left behind in terraces and moraines created the rocky bluffs of the Grand Sable Banks. Water levels of still-forming Lake Superior rose and fell in response to the turbulent geologic changes occurring in the region. During the last high water period (between 4,000 and 6,000 years ago), wave action eroded the rocky cliff face and the sand-size eroded material was then blown by onshore winds on top of the bluff to create the present-day dunes.

Recent studies hypothesize that when lake levels are low, sand supply to the dunes is decreased and vegetation communities are able to expand and stabilize the soil. During high levels, sand supply increases and plants are buried. Old buried tree trunks sometimes reappear as “ghost forests” as sands move and shift. Comparison of aerial photos taken in 1938, 1967, and 1992 suggests a significant expansion of jack pine dune forests occurred in response to diminished sand supply during a 100-year fall in lake level, 1840-1940. 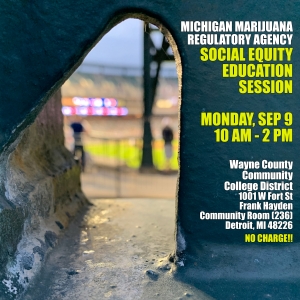 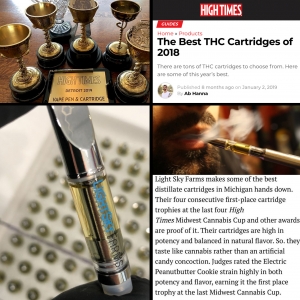