A group of citizens and NGOs led by Michigan poet John Sinclair and including a physician, a pharmacist, a medical marihuana patient, together with MINORML and the Michigan Medical Marijuana Association have sued the Michigan Board of Pharmacy and its chairperson Nichole Cover seeking to declare void the Board’s continued listing of marihuana as a controlled substance under state law.

Under Michigan law, the Board of Pharmacy is charged with the duty to schedule, re-schedule, and de-schedule substances based upon their medical benefits, relative harm and potential for abuse. Notwithstanding the passage of the Michigan Medical Marihuana Act and the Medical Marihuana Facilities Licensing Act, the Board continues to list marihuana as a Schedule I drug with no accepted medical benefits and high potential for abuse. Thus, in spite of sweeping change, marihuana remains contraband in Michigan, subject to summary search and seizure.

Plaintiffs state that the absurdity of marihuana’s continued inclusion on Michigan’s list of controlled substances is demonstrated by the contradictory positions that Ms. Cover faces as chairperson of the Pharmacy Board. Ms. Cover also sits on the Medical Marihuana Licensing Board established by the legislature to address “the necessity for access to safe sources of marihuana for medical use and the immediate need for growers, processors, secure transporters, provisioning centers, and safety compliance facilities.” Ms. Cover is also affiliated with Walgreens Pharmacy whose position on marihuana is that it “has been used to relieve pain, digestive and psychological disorders for more than 3,000 years….”

And yet the Pharmacy Board continues to adhere to the proposition that marihuana “has high potential for abuse and has no accepted medical use in treatment in the United States or lacks accepted safety for use in treatment under medical supervision.” According to plaintiffs, this irreconcilable conflict renders void marihuana’s continued listing as a controlled substance under Michigan law.

For Mr. Sinclair, this matter bookends a life dedicated to social justice. As a young man in the 1960’s – more than fifty years ago — he advocated for marihuana reform and an end to the Viet Nam war. Then his poetry, music, and advocacy brought him into the crosshairs of law enforcement. He was arrested in 1967 and sentenced to 9 ½ to 10 years in prison for giving two joints of marijuana to an undercover policewoman named Lovelace. This followed a year-long undercover infiltration of his group of friends, family, and colleagues. His arrest galvanized opposition to the drastic and cruel marijuana laws in Michigan. Thousands rallied with musicians Stevie Wonder, Bob Seger, and John Lennon and Yoko Ono singing for his release.

Mr. Sinclair had already served 29 months in prison by the time he was released on bond (three days after the Ann Arbor rally) by the Michigan Supreme Court. Three months later, the Court overturned Sinclair’s conviction and ruled that the state’s marijuana law was unfair and unreasonable and that it was unconstitutional to classify marijuana with narcotics such as opium.

Here’s John Lennon singing his Song for John Sinclair in 1971. 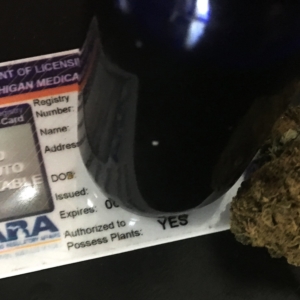